From Cancelli to Rasiglia path, beautiful to read, unique to make:

We start from Cancelli, a Foligno suburb, 950mt altitude. Cancelli is situated in an area full of archaeological remains from pre-Roman times. Here there is a family named after the village, Cancelli indeed, which history is lost in past times. The story goes that, in times of preaching, Peter and Paolo Apostles passed through Cancelli and they stopped to sleep in a hut of a family with seven male children. The following morning, before starting their trip, the two Saints healed the father who was suffering for its sciatica, and being thankful for their hospitality, gave to all their male Cancelli’s descendents the power of healing illnesses by their faith in them. This beautiful history of pride and faith renews itself every year during the day dedicated to the two Saints, on June 29th.

Keeping on walking, through a dirt patch among the oak woods to the slopes of S.Stefano Mountain, and watching at the numerous buzzards’ flight, we’ll reach Acqua Santo Stefano, another small agricultural village which hosts a small church with frescos. The village is situated on a balcony facing the close Marche region and it is the perfect starting point for walks and for mountain bikes or horse riding excursions. Again through another pleasant and gentle dirt patch, in one hour we’ll go down to Morro, medieval village.
From there, you can enjoy the view of the nearby mountains at the Marche’s border and the view of Verchiano, Volperino and The Menotre Valley, such a palette of cultivated fields, pastures and grassland colours.

Going down from Morro, the paths will bring you near Rasiglia’s Madonna delle Grazie Sanctuary. From the Sanctuary, walking along the main road for 500mt, we’ll reach the end of our journey, Rasiglia, named “the Spring Village”. The village flourished in the 14th century as defending borders outpost for the Trinci’s, Foligno Lords. They built the tower, still visible and mighty walls and subways. The village big wealth is the water that you can find at every house corner: it creates a suggestive and unique show. Back in the past, even Trinci’s family used to have a watermill and a fulling mill, and further on, these activities became more and more common, creating therefore a peculiar village economy. Another wealth of this beautiful village was the wool, that had been shaved, spun and dyed with natural colours and woven through frames, moved by water as well, obtaining sheets with drawings more o less complicated or with refined geometries. Nowadays, the frame tradition is carried on from few Rasilia’s inhabitants and the magic of wool spun is renewed in June with the event “Penelope in Rasiglia”. Refurbished after 1997 earthquake, Rasiglia village is a little gem now, thanks to the arduous work of his inhabitants as well, that worked hard to make it alive and to make it famous through many initiatives (for example, the beautiful and well known “presepe vivente”, the live nativity scene, that takes place on the village streets every December 26th and January 6th), with festivals and exhibitions.

Before getting on the car, at the end of your walk, we suggest you to make a small tour around this beautiful village corners, to have a look to the canals, in which the transparent water runs more or less impetuously, to have a close look of the washtub, the church or the beautiful fish farm that used to serve the underlying mills, soaked in an unique atmosphere, in a timeless place. 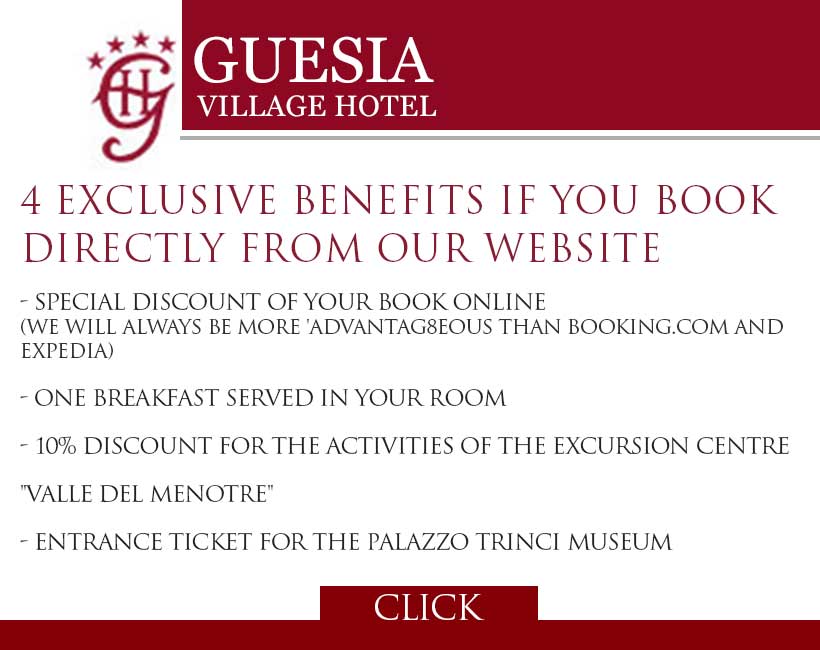